Caroline John, who played Liz Shaw opposite Jon Pertwee's Doctor, died on June 5th aged 71, it's been reported. Yet another sad loss to the world of Doctor Who.

Sadly, another actress gone. Sadly, I don't remember her.

I'm surprised, I think her solitary season with Pertwee would have been right up your alley. It was all very James-Bond-meets-Quatermass...

On the whole, the last year has not been a good one for the world of Doctor Who.

70s Who is getting kinda depressing to watch these days!

codywillis1 wrote:70s Who is getting kinda depressing to watch these days!

Oh, I wouldn't say that. It's depressing to think that people like Jon, Nick, Lis and Carrie, not to mention Philip Madoc, Roy Skelton and all those other old troupers are gone, but the stories they helped create are still a great tribute to them. 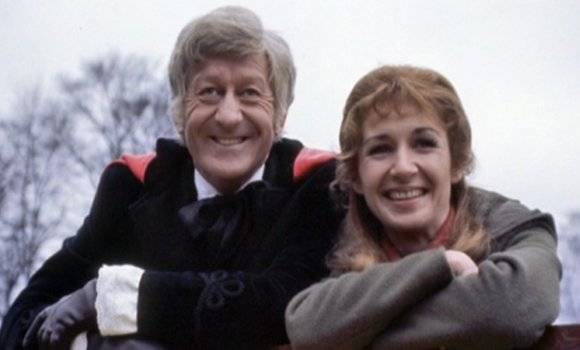 As Tony and those who know my tastes in `Dr Who` Season 7 has by far been my favourite era of the show! Part of the reason for that sucess (my view) was Caroline John's performance as Liz Shaw.

I found her character totally believable and more than just a `side-kick` to the Doctor! Caroline had done virtually no TV work prior to her casting as Liz Shaw (She extensively worked on the stage) As far as I know her debut on television was in an episode of "The Power Game" in 1969 (She can be seen in this programme as the third series of the `Power Game` is on DVD release)

Sadly, both Jon Pertwee ,script Editor Terrance Dicks and to a lesser extent, New Producer (In late 69) Barry Letts were rather - to be candid- rather chauvenistic in regard to female assistants and wanted a `screamer` for assistant!

Caroline John has reprised Liz Shaw not only in the Devil of Winterbourne VHS (Now on DVD) series, but also on Big Finish Audio. In particular I recommend her superb performance in the recent BF release "Binary"

Thankfully, there is a body of work such as these as well as DVD's Dr Who and others to appreciate her talent!

I'll second Alan's recommendations there, particularly The Devil of Winterbourne and the other stories in the P.R.O.B.E series.