I recently bought and watched three `Who` DVD's "Carnival of Monsters" "The Mutants" and "Destiny of the Daleks" `Carnival` was OK but I thought it might have worked better (It was one of the few Pertwee shows I watched when first transmitted) if some way of keeping secret from viewers early on that Dr & Jo were in Vorgs `machine` Worst parts were Katy Manning! Oh dear! If ever one actor gave Dr Who the stereotyping of female screaming assisstant always shouting "What do we Do Dr?!" it's Jo Grant. No disrespect to Ms Manning- but I can only take so much!

"The Mutants" I never caught up with until the 1980s and its still as dull as ditchwater for me! Katy Manning - see comments in "Carnival" Stubbs and Cotten were the best part of it - reminded me a bit of those two Cops in the last years of "Last of the Summer Wine"

The Mutts looked good, but `Super Ky` How did he get those clothes? Far too much CSO one of Barry Letts big mistakes for me - he swamped the Pertwee years in it!

I really enjoyed "Destiny" I'm probably the only person to- but it was never dull and entertained me! Tom B OTT? perhaps, but I'm used to his later season performances now! Lalla Ward wasn't as irritating as she bacame later in season 17. Her `Romana` got very Snooty` something she carries into her commentaries. I don't know why she has to bring that baggage into the commentary -but there it is!

alanultron5 wrote: If ever one actor gave Dr Who the stereotyping of female screaming assistant always shouting "What do we Do Dr?!" it's Jo Grant.

Poor old Jo was behind the door when God was handing out the brains, but I always really liked her. She had a big heart. I felt sorry for her when she was willing to sacrifice her life for the Doctor in 'The Daemons' and he acted like he hadn't noticed. She sort of reminds me of an enthusiastic golden retriever.

alanultron5 wrote:Lalla Ward wasn't as irritating as she became later in season 17. Her `Romana` got very Snooty` something she carries into her commentaries. I don't know why she has to bring that baggage into the commentary -but there it is!

Don't get Tony started on the subject of Lalla Ward... 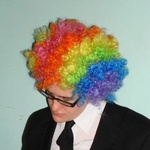 I have nothing against Katy Manning- but `Jo Grant` is part (A small part) of why I didn't watch the show after 2 and half eps of "Terror of the Autons" again untill "The Three Doctors".

Today, apart from season 7 there are only a few of the Jon Pertwee shows that I find entertaining! "Carnival of Monsters" wasn't bad at all ; but the "Mutants" Gosh! It was so boring!

I love Carnival; the first real flowering of Holmes' great wit. It and the equally funny Time Warrior are like the Williams era five or six years ahead of its time, and I mean that as a great compliment. It's also something of a shame that Letts and Dicks (for all their whining about the restricted Earthbound format they inherited) took so long to bring back the historical. Pertwee could have used a few more of those if TTW is any indication.

The Mutants is unbelievably bad. It could be used as a form of torture (providing Journeys End wasn't available).

I just finished watching `Robot` which I only watched 2 eps of back in `74` So i've finally seen all of it now. Tom is still OTT for me in Ep 1 but he's fine later!

As I got the "Mutants" for less than £6.00 it wasn't a waste of money- but it'll be some time before I bother with it again. P.S I was surprised by Terrance Dicks "British Empire" views. Was he joking or does he really believe that?