I'm not one of those who think the decade was terrible, but this was the one comic that came to mind as a great one from the period. I'll add more if I can think of them.

There were LOADS. However, when we think back on the decade, the stinkers stand out much more.

Funny thing is, if you speak to twenties readers, they LOVE the stinkers! The nostalgia factor is a large influence here, I'd imagine.

Kingdom Come
Green Lantern by Marz
The Flash by Waid
Aquaman by David
Robin by Dixon
JLA by Morrison
All of the Superman. Just...all of it. Mullet and all.
Everything with Batman, but particularly No Man's Land and Knightfall.
Radioactive Man by Steve Vance
The Simpsons
Bartman
TMNT Adventures by Archie Comics
Avengers by Busiek and Perez
Savage Dragon
And, of course, Bone

19th August 1993 alone made most of the rest of the fairly stinky decade worthwhile.

And of course other than Mignola unleashing Hellboy on the world we got Deperadoes by Geoff Mariotte and assorted artists (including the late great John Severin) and probably some other stuff I don't remember.

Was The Shadow Strikes 90's? Gerard Jones and Eduardo Barreto. Why, yes it was! 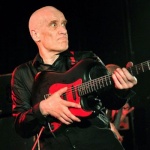 The first four regular issues and the first annual of the Shadow Strikes bore 1989 cover dates, but you can have it. I just wish Andy Helfer and Kyle Baker had finished their storyline that preceded it.

Nobody a fan of Quasar?

I have each and every issue, even though the fun went out after the 40th issue or so. Loved the first few years!

I think it was one of the last really traditional Marvel comics, firmly set in that glorious continuity that they really don't have time for anymore and, thanks to Gruenwald's passion, exploring even the most obscure corners of it. The storyline on the Stranger's lab world remains a favourite to this day. Shanga the Star Dancer, where are you now?

I was never too interested in Tom De Falco characters, but I want to know what became of Alpha the Ultimate Mutant,  Futurist and the Sky-Walker from Starron (or whatever he was called, the guy from the Stairway to the Stars issue of Daredevil).  My favourite Quasar stuff was when Greg Capullo was pencilling it, especially #18's story with Origin and Unbeing.  Mike Manley's art on the earlier issues was as rough as a badger's arse, and I thought Mark Gruenwald's writing went into decline on both Quasar and Captain America after 1992.

Alpha the Ultimate Mutant was definitely a character with untapped potential. A shame he'll probably never be seen again.

I was, and still am. Really fun character. One of those books of which I'd like to get a complete run. Then again, I want Gruenwald's Primer and Treatise, too.

Mark Gruenwald was one of the unsung greats of Marvel. That he was taken so young is a genuine tragedy. Squadron Supreme remains one of my favourite Marvel series'.

I couldn't agree more. And although he had his clunkers (Cap-Wolf, anyone), his are one of the few runs of Captain America I regularly take out te re-read.

ramonschenk wrote:I couldn't agree more. And although he had his clunkers (Cap-Wolf, anyone), his are one of the few runs of Captain America I regularly take out te re-read.

It took me years to track down the graphic novel that followed up that series. I remember being rather annoyed that he killed off Redstone so pointlessly! Still, even genius has its off days...

If Squadron Supreme is an off-day, I'd love to have more off-days like that!

ramonschenk wrote:If Squadron Supreme is an off-day, I'd love to have more off-days like that!

No, I was specifically referring to killing off Redstone for no reason as the "off" part. I didn't see any point in letting him survive the limited series only to kill him in the GN before he had a chance to do anything noteworthy.

Ah, I see! I was wondering why I didn't remember that from the maxi-series!

Basically, the Squadron took off in a shuttle to take care of the menace threatening Earth, and as soon as they left the surface of the planet Redstone started to wither away as he hadn't realised his powers tied his life force to the planet. He died before they could get him back to Earth, so he never got a chance to engage the enemy.

Yeah, I read the book, but have not re-read it recently, so I did not remember all that. I'll have to give it another shot soon!

Does seem rather wasteful of a good character!

I also want to know what happened to the real Moonglow, Ape X and the various characters being stored in the Hibernaculum in case they could be revived...

And whatever became of Quagmire?

tony ingram wrote:It took me years to track down the graphic novel that followed up that series. ...

I had the GN, and wound up selling it at a low point. That, Miracleman (the complete Moore/Gaiman run), and a few others I missed for years. That said, there's a trade with that GN and some other SS stories in it. Well worth the price.
I think many people underestimate the SS and its importance to the 80's growth of the superhero genre. Sure, it's got some goofiness to it at times (at least I remember thinking some parts were a bit goofy) but the idea of having the heroes take over when everything else failed was/is a good story move. It was a serious take on something that should have happened more often than it did, given how bad the power structures in most comics were, how corrupt both government and corporate powers were.
I miss the man's work.

I agree. It actually was quite groundbreaking. Gruenwald never got the level of respect he deserved.

My problem with the 1990s was I became so tired of comic books by about 1995 . . . there were so many things that seemed unoriginal repeats of stories that came before then, or there was all that crap from early Image that fanboys just drooled over because they thought they'd sell it in a few years and become multi-millionaires.

I never gave up on comics, but the mid 90s certainly marked my lowest point as far as interest in them went. I was buying less Marvel in particular, by then, than at any other point in my life.

The 90s were so cool! The sun shone every day and there were Tamagotchis and Pokémon and Mr Freeze ice lollies.

Lucy McGough wrote:The 90s were so cool! The sun shone every day and there were Tamagotchis and Pokémon and Mr Freeze ice lollies.

And Tony Blair. And Mark Millar. And Rob Liefeld...

They didn't really impact on my life. It was all about the Monster Munch and swings in the park.

Lucy McGough wrote:They didn't really impact on my life. It was all about the Monster Munch and swings in the park.

"Monster Munch"? We apparently didn't get those over here.

And are you talking the Smiths version or the Walker version?

Lucy McGough wrote:They didn't really impact on my life. It was all about the Monster Munch and swings in the park.

"Monster Munch"? We apparently didn't get those over here.

And are you talking the Smiths version or the Walker version?

They changed ownership in 1995, so Lucy would almost certainly be referring to the later Walkers version, I would think. The original version had bigger monsters.

I never noticed them changing size at the time...

Probably all the chemicals and other additives they used made you forget.

Not to mention preservatives, flavourings, colours and E numbers.

I don't bother eating healthily. But I should

Lucy McGough wrote:I don't bother eating healthily. But I should

I like cheese. And bacon. And pork ribs. And curries. And beer. Are they healthy?

No, but they're fun.

It was a more innocent time.

MajorHoy wrote:I think it was a more clueless time, personally . . . but I'm old.

I'm younger than you (I think) and I agree.

It was for me! I was seven!

It was for me! I was seven!

What, for ten years!?

1.The death of superman
2. the end of the west coast avengers
3.reed Richards "killed" off
4.franklyn Richards becomes a adult
5/image comics, birth of spawn
6.fancy covers, alternate covers
what's there not to love??

Image Comics completely passed me by, I'm afraid. It's the one significant company I've never felt the need to purchase anything from, partly I think because that early 90s Image art style really did nothing for me. Rob Liefeld just cannot draw.