Well, if we  can have a belated anniversary for Zatara and a random one for Detective Comics, why not? October 2014 marked the 38th anniversary of the creation of Britain's greatest superhero (October 13th 1976, to be exact) and he's still around today! Thank you Chris Claremont, Herb Trimpe, Steve Parkhouse, Dave Thorpe, Alan Moore, Alan Davis, Jamie Delano and Paul Cornell (amongst others), for all the years of greatness! 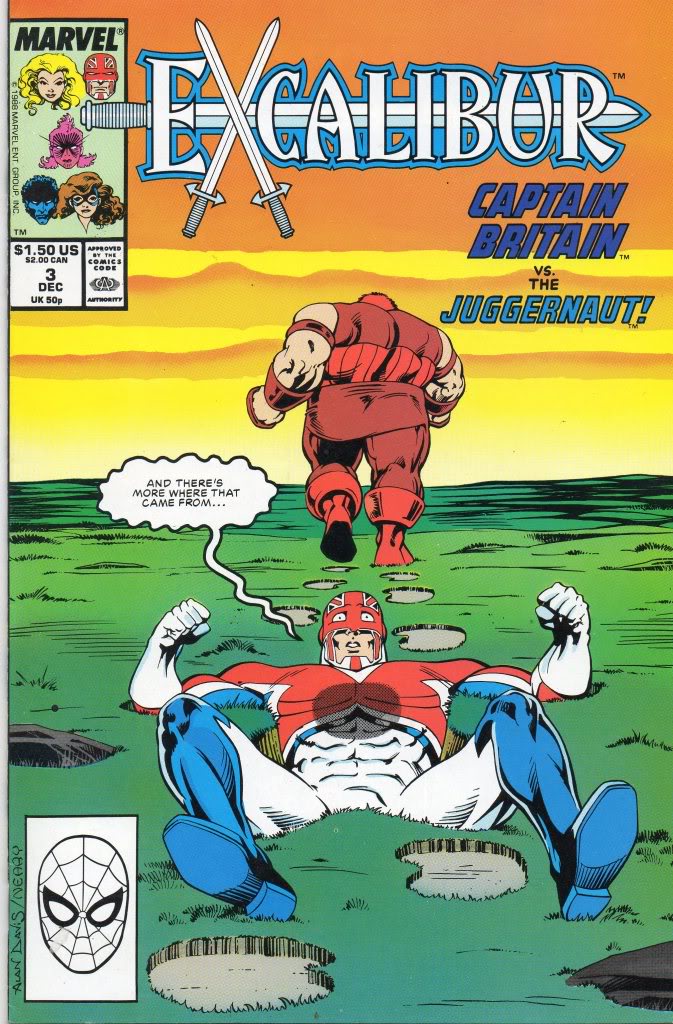 I'll drink to that!

I still love that story. Claremont and Byrne in their prime. And while I think the Alan Davis version is a better design, I still have a soft spot for CB's original costume, too.

tony ingram wrote:And while I think the Alan Davis version is a better design, I still have a soft spot for CB's original costume, too.

Is the red one the original? I think so, and I only ask because I discovered Captain Britain in reprints done in the 1980s. And I liked that costume a lot. Stories were good, too.

The red one is indeed the original. The Alan Davis designed one which has become the standard version didn't come along until 1981 (that series was actually Davis's big break into comics) . The original outfit was designed by Herb Trimpe.

Not for another four months...

Not for another four months...

That's why I said "upcoming".
And considering that the thread started out with "Happy Belated Birthday", . . .