It seems that even the immortal Archie Andrews is not immune to changing times. After decades of wholesome, innocent adventures in a smalltown America that hadn't changed since the 1950s, he and his friends are about to be dragged kicking and screaming into the 21st century and made "relevant" to today's teens. Cue angst and heartache and socially responsible storylines, no doubt...and exit at least one longtime reader.

tony ingram wrote:It seems that even the immortal Archie Andrews is not immune to changing times.

I've been reading off and on for a long time. My interest was re-ignited about Archie through a fan-fiction story (Maybe the Last Archie Story, by Darkmark) about 10 years ago, and I've been back reading more since.
I actually think this is a positive step. Comics in general (American comics) have been stuck in the past for too long, and only appealed to a small corps of regular readers. And those readers have been dying off or losing interest (as sales numbers seem to indicate) for years. So trying new things is not only often fun, but it seems necessary if the publishers want to survive. If you're not trying to appeal to new people, eventually you're going to stop selling at all.

I can see the logic of that, but I still find it depressing. I've stuck with Archie because it was effectively the last traditional humour comics line and the last line of comics that still felt like the ones I grew up with (in the US market, anyway; I still occasionally read the Beano and Commando for the same reason, they're now effectively the last outpost of traditional British comics, since 2000 AD "grew up"). I think with the passing of that kind of storytelling, comics have lost something.

I'll wait and see what the "new" Archie is like before I start moaning about the loss of the old one.

tony ingram wrote:and the last line of comics that still felt like the ones I grew up with


I get that, I just think that can't sustain a market.
I think I got "past" wanting that (or thinking I was going to get it) when Crisis on Infinite Earths killed off the DC multiverse I loved. I think it was then that I realized the publishers will do whatever it takes to sell books. Their job, I know, but it killed something I'd loved.
But, once I realized that, that it could all change with no notice, I think I started to realize it could still be fun. Sure, I'd never get new stories of the Bronze-Age Superman (my favorite), but I could re-read the ones I had. AND, I'd get to see new things. Which I love, newness is what keeps me looking at American Superhero comics. Which I know makes no sense considering how little actually changes but I keep looking.
Anyway, I'm sorry this doesn't seem to work for you, but they may keep publishing SOME version of the Archie you love.

Well, I guess there'll still be the digests.

I thought that Archie was being killed off.

Lucy McGough wrote:I thought that Archie was being killed off.

Different continuity. Archie has multiple continuities running at once.

Oh. Right. So he's simultaneously alive and dead, like the cat.

Lucy McGough wrote:Oh. Right. So he's simultaneously alive and dead, like the cat. 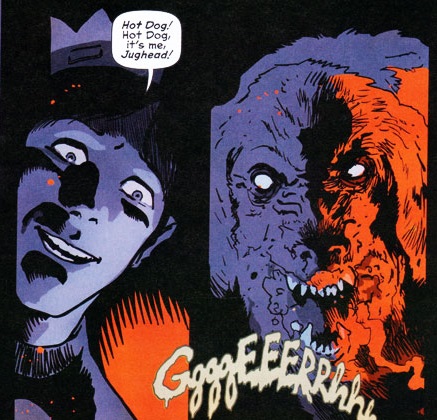 For some reason, that scene really disturbed me...

tony ingram wrote:For some reason, that scene really disturbed me...

For me, it was the dog's thoughts. Going from being willing to die to protect to this. Meant to be disturbing, and it was.

keep Archie the way he is!

I am actually looking forward to Riverdale. I liked Twin Peaks, so if the comparison is apt I should enjoy this. Although, even I have to say "Why Archie?". I can't think of characters you'd have to change more to make them fit that mold.

Oh, by the way, they now even have a series with Veronica as a vampire! 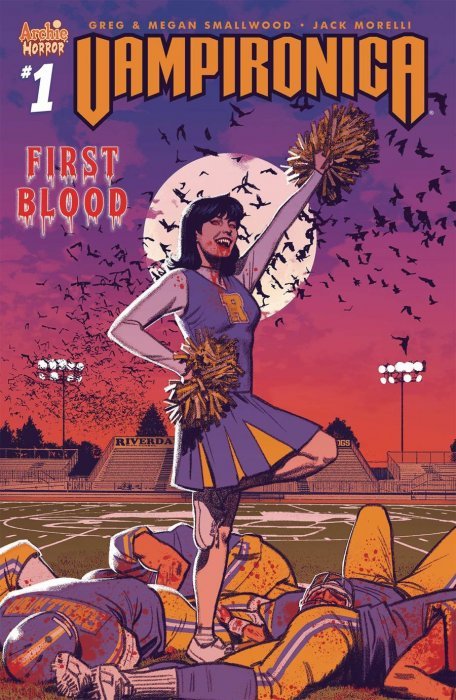 NEW ONGOING SERIES!
When Veronica is bitten by a centuries-old vampire, her thirst for blood threatens to turn Riverdale into a haven for the undead. Will she put an end to the vampire threat or give in to her blood lust?

And here's one of the variant covers for issue #1 (for a place called Stadium Comics): 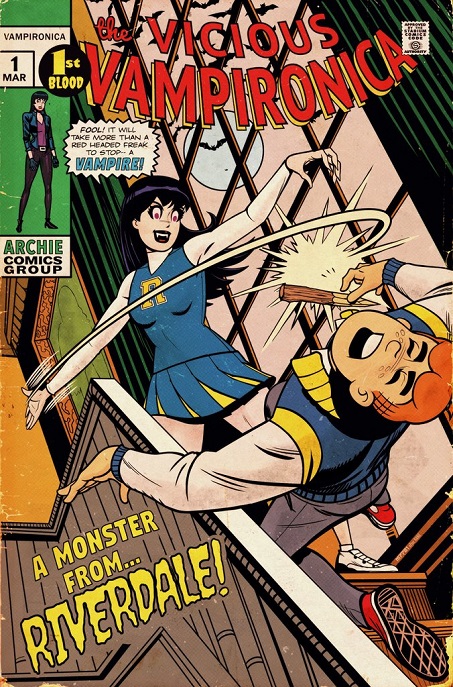 If you think it looks "Marvel"ous, it's suppose to. 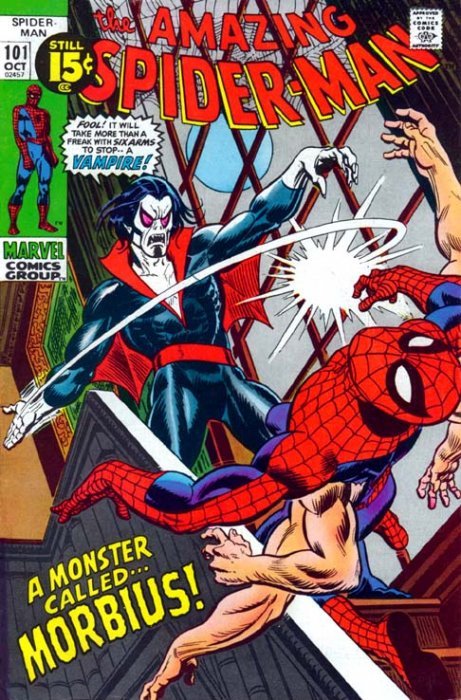 Poor Archie, he's at a disadvantage Spidey didn't have.
Four armed would have been forewarned...

tony ingram wrote:Poor Archie, he's at a disadvantage Spidey didn't have.
Four armed would have been forewarned...

"Fourarm" was a bad Liefeld character. 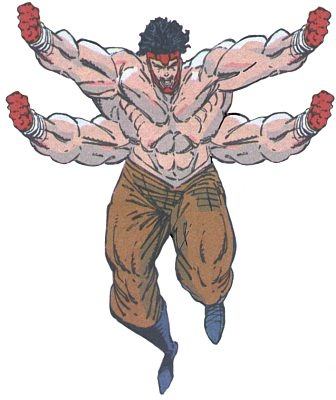 Spidey actually had a total of six arms here.

tony ingram wrote:Poor Archie, he's at a disadvantage Spidey didn't have.
Four armed would have been forewarned...

"Fourarm" was a bad Liefeld character.

Spidey actually had a total of six arms here.

Hmm, I appear to have miscounted. Would it helped if I smiled disarmingly?

By the way, I picked up a copy of 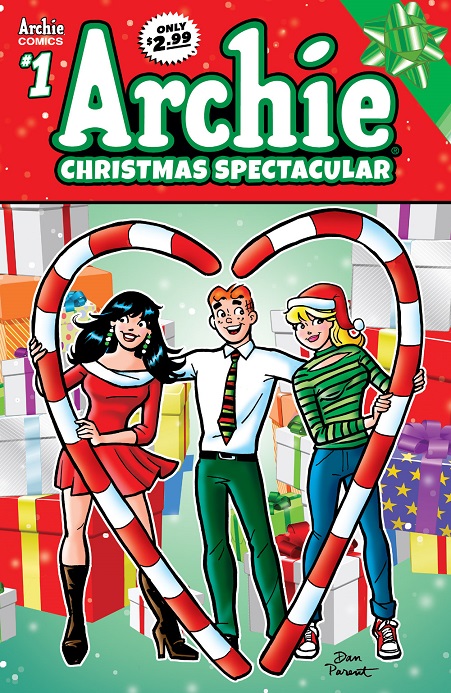 Archie Christmas Spectacular #1 (February 2021 cover-date)
today at the comic book shop.
Haven't read it yet, but it definitely has an old-school look to the stories inside.
(Don't know if they're new or reprints, though.)

Looks as though their attempt at updating Archie was predictably unsuccessful.

tony ingram wrote:Looks as though their attempt at updating Archie was predictably unsuccessful.

Well, I wouldn't necessarily say that.

This may have just been a throw-back issue specifically for the holidays.
Don't know if this would be the plan for any regular, on-going series or not.

Still, there were things that threw me off based on how Archie use to be back when I use to sometimes read the comics, like when did Archie get a dog (named "Vegas")?
Also, since he was still driving the ancient red jalopy (and not the red Ford Mustang-like car) back when I would occasionally pick up an issue, what model year is it?
I never owned/drove a Mustang myself (though my middle sister use to own a later Ford Mustang II that I did sometimes borrow), but I don't remember Mustangs having back seats that were wide enough to comfortably fit three grown high school girls (in this case, Betty, Cheryl Blossom, and Veronica).

Still, I admit that as silly as the issue was, it was definitely a good "comfort-read" at this time of the year.

Well, I can't help you with the Mustang car

but, about Archie comics of last years, for example I liked both the "Afterlife with Archie" incarnation drawn in his particular style by our own Francesco Francavilla

and (less so) the "Life with Archie" magazine/flip book format series written by Michael Uslan and it seems that there could be some upcoming comic book series and even a special item of your interests, just see below.... the first one has a all new double-sized story 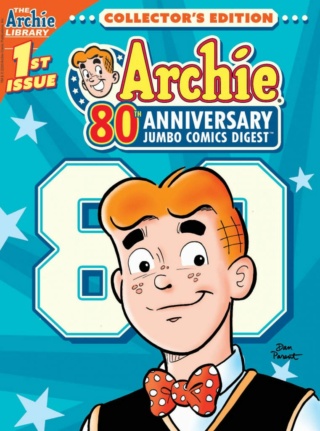 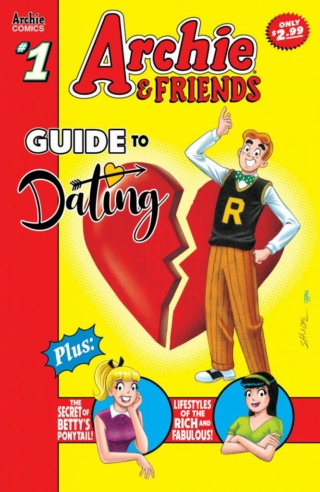 New graphic novel based on the CW Riverdale series coming next month: 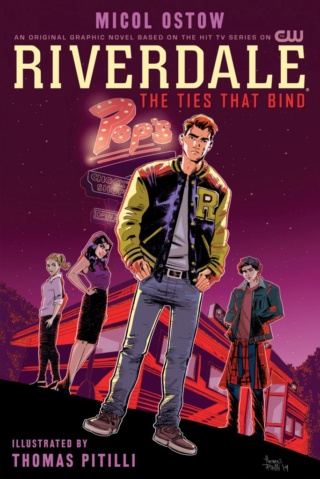 and a Archie Comics Library 80th anniversary special tpb is coming too! 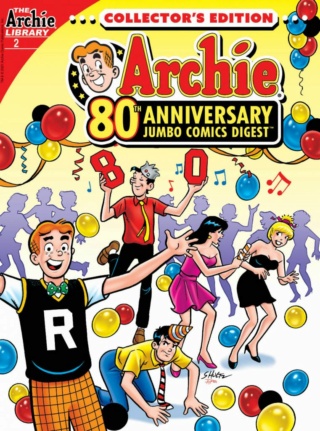 Barry_Allen wrote:New graphic novel based on the CW Riverdale series coming next month:

I haven't watched the series (in fact, I rarely watch any new TV shows these days) and really have no idea of what, if anything (besides the names of some characters) it may have in common with more "traditional" versions of Archie.