Joltin' Joe Sinnot has died at 93!

Joltin' Joe Sinnot has died at 93!

Legendary Marvel Bullpen inker Joe Sinnot left us yesterday, he is most famous for his work on Fanstastic Four with Jack Kirby but he began working for Stan Lee at Timely (then Marvel) back in 1950, pencilling and inking everything from crime, horror, war to westerns, sci-fi and romance books. He was born on October 16, 1926 in Saugerties, N.Y. and during his incredible career he also drew for Dell, Charlton, Treasure Chest, ACG, Archie and Classic Illustrated. In 1965 Joe began working regularly with King Kirby on the Fantastic Four for the legendary run of this title and he was back on FF also in the Eighties, we remember.... 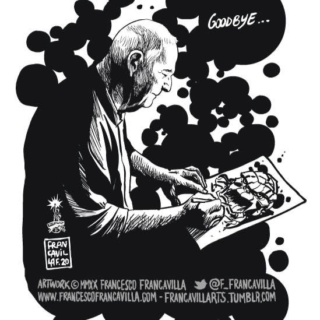 Here is a nice homage to Joe by Francesco Francavilla (Afterlife with Archie, Marvel covers, some Dark Horse titles).
He also worked on many other Marvel books such as Thor, Silver Surfer, Captain America, The Avengers, West Coast Avengers, The Hulk, The Defenders, The Invaders, Rom (!), The Thing, Ms. Marvel and Nick Fury to name a few. According to its website Joe's favorite character to draw was The Thing but Joe even illustrated the life stories of Babe Ruth, John Kennedy, Gen. MacArthur, Dwight Eisenhower, Pope John XXIII (also translated in Italy and France), The Beatles, Pope John Paul II (also translated in Italy and France too), Mother Teresa, Mickey Mantle and other famous people. Joe had retired in 1992 from comic books to ink the Sunday Spider-man comic strip:spiderman:  for King Features, where he inked the strip for 27 years

, until Spidey's final appearance in March 2019 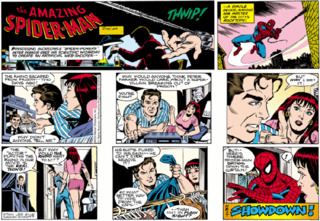 when Joe was more than 92 years old, so we can say that Joe worked a total of 69 years for the various incarnations of Marvel Comics!

A number of mine have already gone in the last few years. Steve Moore, Steve Dillon, poor Brett Ewins...