Should comic be classified in certain contexs as historical literature

Should comic be classified in certain contexs as historical literature

When I did English literature at A level we covered a lot of the early books on the subject matter, and the various poetry. We also covered books post WW1 which offered reflections on that era.

One day I asked my teacher, would it be ok to use comic representations of WW1 (if I could find any) as part of the coursework, as it is still a written format, just with illustrations as well. His reply was comics are not literature and offer no value other than entertainment.

So the other day at uni I raised this matter with some friends, and we seemed in agreement that it should be encorparated to a certain extent, as many comics (say focusing on WW2) deal with a lot of themes which can be found in other forms of literature.

So what are your views on this? Should comic book literature serve an accademical purpose in evaluating attitudes in literary forms towards historical events? 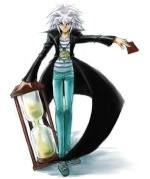 I would tell anyone who states that comics are not literature and cannot be regarded as a valuable record of historical events to read Bryan Talbot's Alice in Sunderland, a pictorial social history of the north of England (and to a lesser extent, Britain as a whole) which is one of the most amazing pieces of work ever produced in comics. This teacher of yours clearly has no knowledge of the subject matter he's belittling; comics can be far more than just entertainment. And in any case, is entertainment automatically not literature?

He had obviously never seen Charley's war, which was very heavily researched and, in the recent hardback books, an editorial points out how some of the wierder, "must-be-made-up" scenes from it were based on fact! (such as an armoured sniper looking like something from Mad Max).

Of course the propaganda-filled story-papers of the time also give an insight into the attitudes of the time. These days all you'll hear is that the "childrens magazines" of the time "encouraged people to get stuck in" "because it's a grand life in the trenches" and "it will be over by christmas", which is actually VERY FAR from the truth.
The Christmas 1914 issue of The Union Jack probably actually exaggerates the horrific conditions of the trenches (they were hardly dry but i doubt there was freezing waist-deep water, people couldn't stand in that for long without dying) and a 1915 Sexton Blake Library has a line that's something like "it was hard to beleive that just a few miles away from this idyllic scene men were dying in thier thousands in a vast and terrible war that, let us pray, is never repeated". If you showed that to one of these modern historians out of context they'd probably bleat something about how Britain was a police state back then and anybody who wrote something like that would be locked up.

Unfortunately, I suspect this generally dismissive attitude to comics is never really going to change. Once someone has made up their mind, that's it-at least, it is if that person is a teacher. I've found teachers in general to be be all too often very resistant to new ideas...