Noted science fiction author and former EC Comics illustrator Harry Harrison, creator of the Stainless Steel Rat, died today aged 87. Harrison (born Henry Maxwell Dempsey on March 12th 1925) worked as an artist on EC titles including Weird Fantasy and Weird Science before becoming an editor and novelist. Among his more notable creations are Slippery Jim DiGriz, star of the Stainless Steel Rat series (three of which were adapted into comics form in 2000AD in the early eighties), space detective Rick Random (also briefly a 2000AD star) and Bill the Galactic Hero. He was also, for a lengthy period, writer of the Flash Gordon newspaper strip and wrote the classic story Make Room! Make Room! which became the basis for the movie Soylent Green. 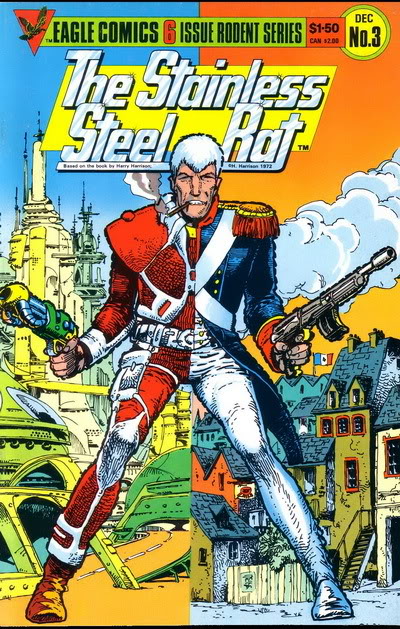 I started reading those in my teens, and I have read all but the newest one (can't find it).

Damn this has been an ugly year.

I was introduced to Slippery Jim by the 2000AD adaptations in about 1980, which eventually inspired me to check out the books. Great stories-very witty and full of surprising twists.