Rumours abound about the upcoming Christmas Special, with the latest doing the rounds being that it will see the return of an old villain: The Great Intelligence, last seen (so to speak; though not really, as it was a noncorporeal being) in 1968's The Web of Fear. Probably wisful thinking based on the villains we've seen so far being sinister snowmen and the Intelligence, of course, having been the master of the Abominable Snowmen (the ever popular Yeti), but on the other hand, could that 'GI' logo in the window behind the Doctor here be a clue? And is that the London Underground symbol he's resting his feet on...? 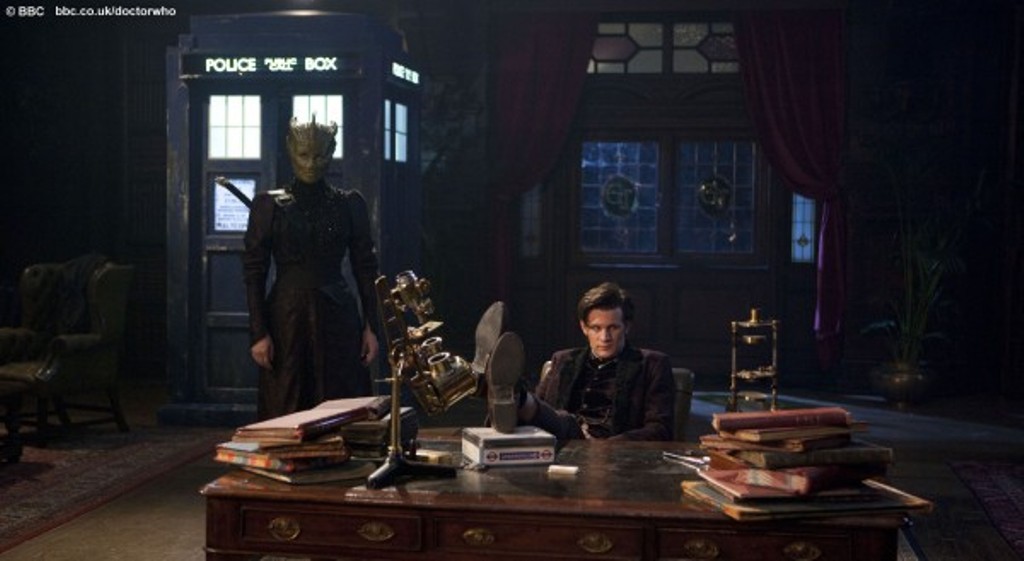 I just wonder how a non-corporeal being could've gotten those custom windows made. Is there a special store or website?

Sam_Vimes wrote:I just wonder how a non-corporeal being could've gotten those custom windows made. Is there a special store or website?

He uses the same contractor who builds spacecraft for the Daleks (it's difficult to hold a screwdriver with a sink plunger).

The new console room is rather good, at least from photos.

It looks remarkably like the TARDIS, so that's one up on the last two!

I've only seen a partial photo of the time rotor. Are there photos of the whole thing, now?

There's one with Smithy standing in front of the console. Looks pretty good. Depends what its like on screen of course.... 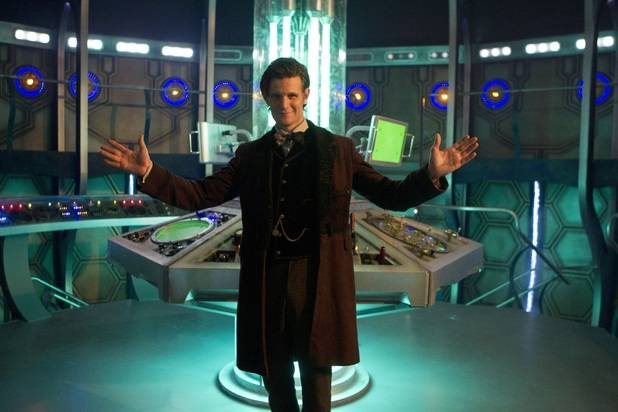 Hmmm... it looks a bit dark. Perhaps it's not a very good quality photo.

The BBC have now managed to spoiler 'The Bells of St. John' on their own website by listing Richard E. Grant as the Great Intelligence in the cast list...

The Series 7 part two box set has apparently been released three weeks early in the USA due to a distributor's error, with the BBC now pleading with American fans not to spoiler this Saturday's episode by revealing details in advance. They have, however, released official pictures from the episode which appear to show both